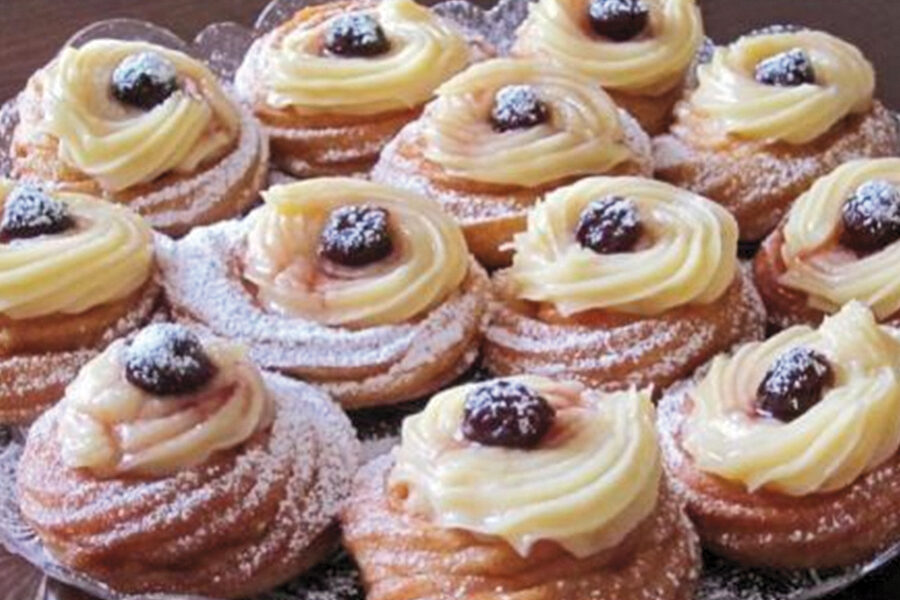 In Italy, Father’s Day is celebrated on the Festa di San Giuseppe which honors St. Joseph, the earthly father of Jesus. And, such a celebration it is. On March 19, the day of the feast, street processions are held with marchers dressed in red, special church services are conducted, elaborate displays laden with traditional foods are assembled and community spirit fills the air.

St. Joseph is the patron saint of many things including woodworkers, family life and pastry chefs. On this special day, prayers are said for his intercession in things great and small. The celebration of this feast began as one of thanks by the people of Sicily, which was experiencing a terrible drought and famine in the 1800’s. In an act of desperation, villagers prayed to St. Joseph for relief and when it came, they began the tradition of honoring him and giving thanks to others in gratitude for what they now had. The tradition soon spread to many parts of Italy including Abruzzo and Molise where it has been strongly embraced. In the U.S., this also is a special Italian feast, carried to this country by immigrants. Today it thrives in cities with large Italian communities such as Baltimore, Buffalo, San Diego and New Orleans.

Key to the feast is food, particularly the tradition called St .Joseph’s Table and its accompanying sweets, including Zeppole pastries. AMHS member and filmmaker Kirsten Keppel created a documentary focusing on this subject in 2017, which has been recognized with a number of awards. In it, parishioners from Baltimore’s Saint Leo the Great Church describe the Table’s religious, cultural and culinary aspects as well as the making of the famous Zeppole pastries. The 18-minute video is available at this link: vimeo.com/231190592.

Thirteen dishes, mostly simple ones, typically make up the Table’s fare, all of them meatless since the feast falls during Lent. The devotional fare symbolizes the plenty that followed the Sicilian famine, and its abundance is offered in hopes for future good fortune. The table is lush with oranges and lemons, overflowing with fava beans and fragrant with flowers. The meal is capped with bucatini pasta, usually con sarde e finnochio. This is sprinkled with bread crumbs, the poor man’s parmesan cheese, mimicking the sawdust of Joseph the carpenter. Bread is also distributed to friends, relatives and people in need. Finally, the sweets are presented including the Zeppole which also are called sfinge. Traditionally Zeppole only are prepared at the time of this feast. Resembling a doughnut in shape, size and texture, the dough typically is piped, fried, filled with a ricotta cream and topped with a dusting of confectioner sugar. Of course, the foods are liberally accompanied by glasses of red wine.

For those who would rather forego recreating the entire Table of foods, it’s possible to prepare just the Zeppole pastries. In support of such efforts, here is a recipe for making them, provided by PBS chef Lidia Bastianich.

(Cathy Branciaroli is a Delaware-based, award-winning food writer and a member of the AMHS. Her website, Delaware Girl Eats, has been honored nationally for its enticing posts and its narratives about the stories behind the dishes being featured.) 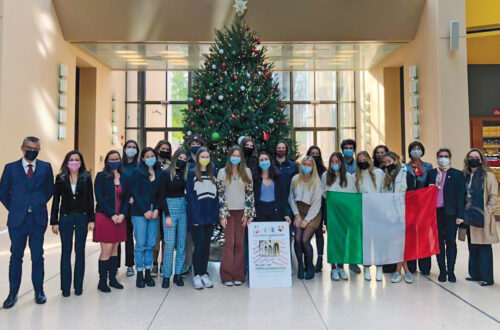 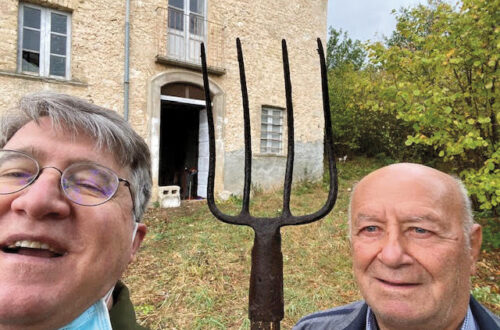 AMHS Member Willy Meaux Returns to His Roots in Abruzzo